Book Signing with Nino Maiani, author of The Seven Secrets of Turning Your Dreams into Treasure 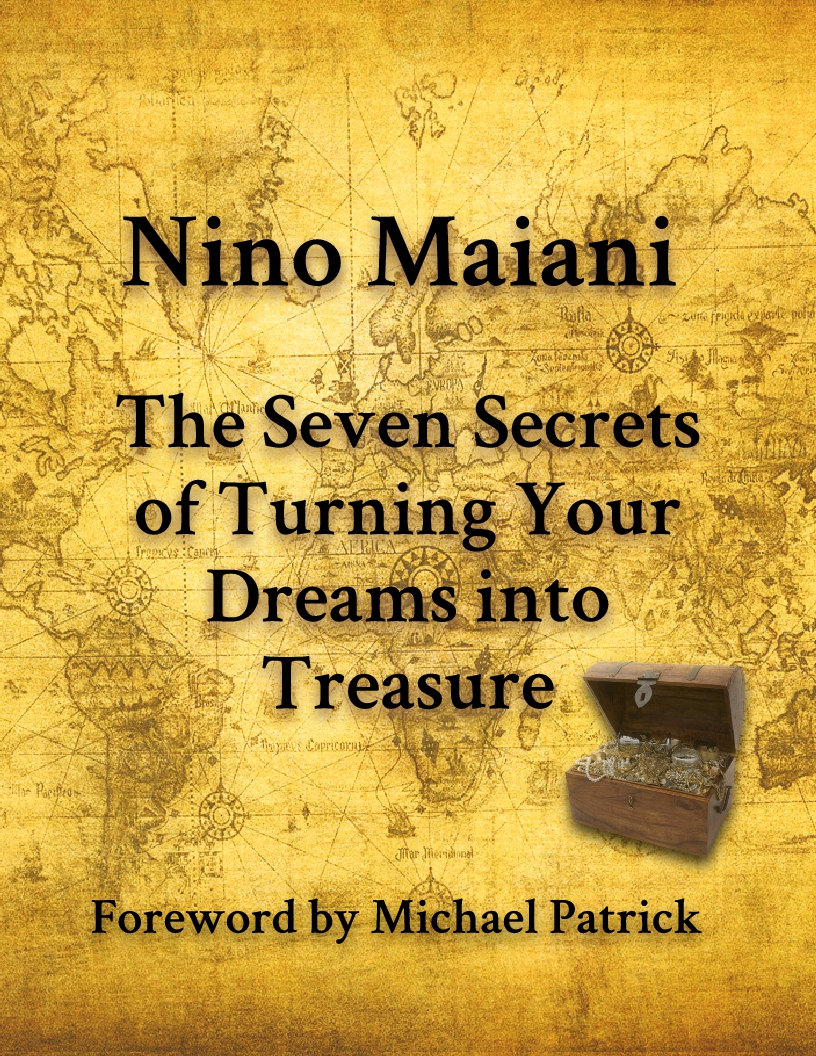 Join us for a Book Signing with Nino Maiani, author of the newly published masterpiece, The Seven Secrets of Turning Your Dreams into Treasure! The Seven Secrets of Turning Your Dreams into Treasure is a journey one takes to recover an invaluable part one’s life. Old Griots, story tellers revealed those secrets around campfires, telling stories such as: the Princess and Frog and Iron John— where something is stolen, lost and/or hidden. Mythology tells us it is a Golden Ball and there is a longing to recover it, and that longing drives one to the quest, to bring it home. All great journey’s start out when something needs to be recognized or recovered. At midlife, is where this longing really is intensified. On the other hand, in our youth, this yearning is masked by illusions and hormones. This is because there is no one there to guide. The golden ball is stolen, lost and/or ignored and sadly, most never even know it has gone missing. The Seven Secrets opens the hidden thresholds, that reveals the “way” into the Mystery. It is a call to adventure, revealing the cryptic clues of which direction to travel: skills, talents, attitudes and relationships that will be needed to complete the journey… not but once; but the ability to enter into the Mystery and bring back the treasures into the village —again and again and again. Are you ready?! Nino Maiani, a Santa Barbara native and naturalist began the quest for meaning after graduating from UCSB with a major in Experimental Psychology. Around that time, the “Call” to adventure began; opening the door to the quest and the acquisition of many invaluable skills and experiences Most have evolved into professional vocations such as: an entrepreneur, initiated shaman, musician, magician and a scholar of Mythology with an MA from Pacifica Graduate Institute. Nino has completed over 30 years of the Lakota Sundance and is has been a spiritual leader and professional life coach/mentor for over 30 years. He is a sought out as teacher and is the founder of MAP training—which is specialized education for self actualization and personal development. The book, The Seven Secrets of Turning Your Dreams into Treasure was inspired by the “Call” to adventure and the many “Gifts” received and a way of paying it forward.