Downtown Santa Barbara's Board of Directors for 2021 Election

Downtown Santa Barbara is governed by a volunteer Board of Directors, DSB has a long history of leading change, organizing community, and building the brand of this amazing place we call Downtown Santa Barbara.  At our core, our volunteer leadership has built the strength of our organization through the years.  We pride ourselves on providing services that benefit our members every day and we work in an innovative way to leverage our knowledge and can-do history to help shape future opportunities and overcome challenges.

CAST YOUR VOTE FOR 2021 BOARD OF DIRECTORS

Vote for your preference from these new board member candidates: 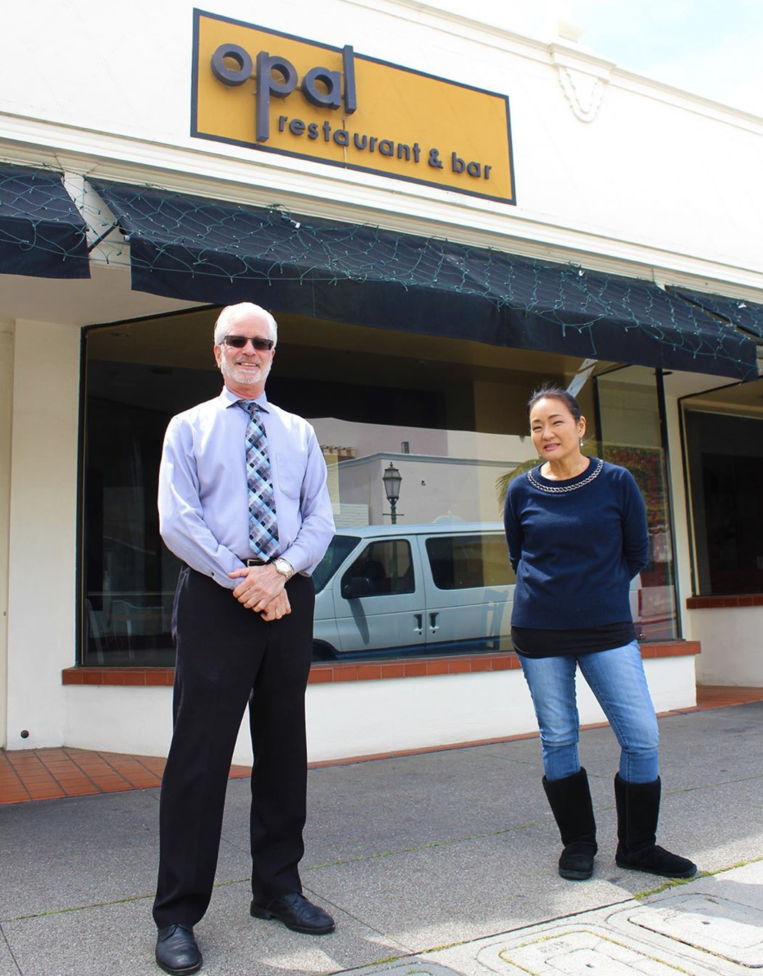 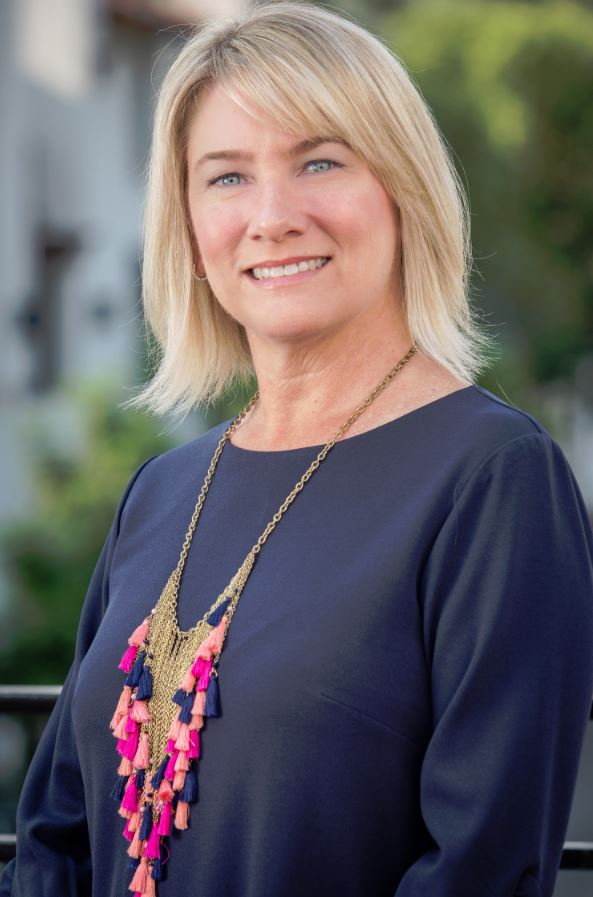 Mary Lynn Harms-Romo is the Senior Marketing Director for Paseo Nuevo shopping center.  In her role she leads the marketing and communications for the center and its merchants. She is a Certified Marketing Director and Certified Retail Real Estate Professional.  Mary Lynn started at Paseo Nuevo in 2011 and has held dual role positions including Business Development and Specialty Leasing Manager where she implemented first-to-market programs and events that received Maxi awards from the International Council of Shopping Centers (ICSC).

Prior to working at Paseo Nuevo, Mary Lynn served as the Marketing Director for Downtown Santa Barbara, overseeing such programs as 1st Thursday, the Art & Wine Tour, and the annual Holiday Parade.  Her resume also includes serving as Development Director for the Santa Barbara International Film Festival, General Manager of Chad’s on Chapala and Manager at the Wine Cask.

Mary Lynn has lived and worked in downtown Santa Barbara for over 20 years.  She is passionate about the Santa Barbara community, its vitality and economic success.  She volunteers for the America Heart Association, participates in the Chamber’s Economic Development Committee, Visit Santa Barbara Marketing Committee, Cottage Health Community Advisory Committee, and was recently invited to join the UCSB Customer Service Advisory Board.

She enjoys spending time with her husband, a downtown business owner for over 15 years, indulging in the Santa Barbara culture of cuisine, wine and outdoor activities. When they can, they like to travel and experience other wine regions, as well as spend time with family and friends. 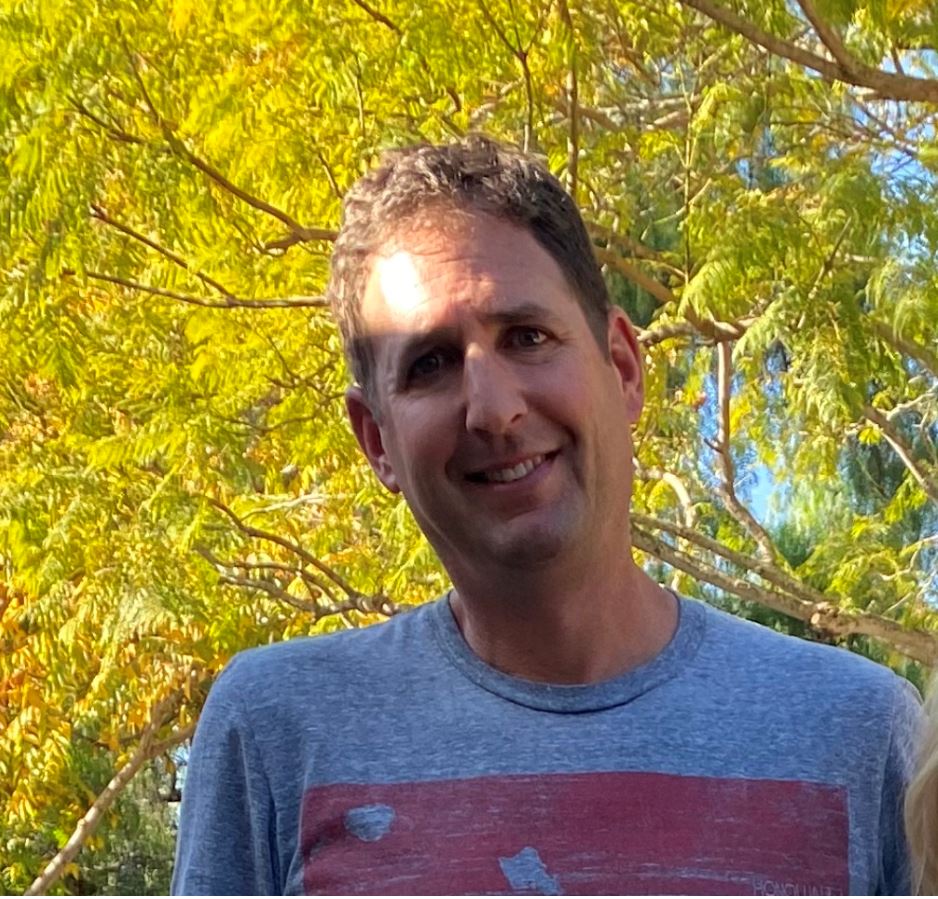 Born and raised in Santa Barbara, Sam graduated from both Santa Barbara High School and the University of California Santa Barbara (B.S Environmental Studies). He has deep appreciation for our community and its vitality. He has had the pleasure of running the Santa Barbara Certified Farmers’ Market, Inc. since 2005, with the goal of bringing together our agricultural producers, residents, and visitors to the Downtown Santa Barbara business sector. He is excited to use his experience running our vibrant weekly farmers’ markets, and symbiotic relationships with local businesses, as we work towards revitalizing the downtown area. 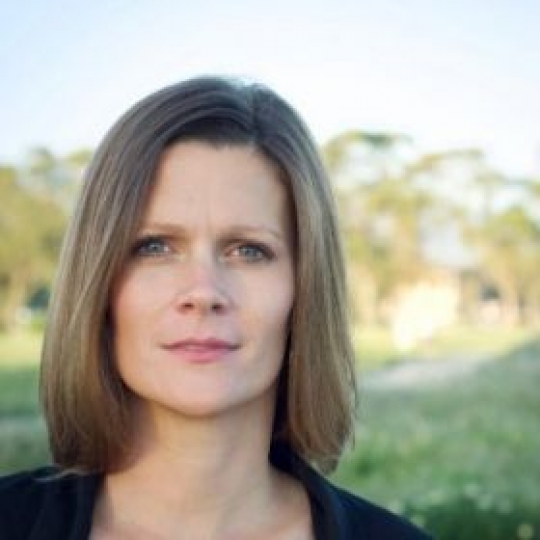 Heike Schirmer is a Sr. Manager at Amazon Santa Barbara leading the Graphiq team that is responsible for answering the majority of factual questions users ask Alexa. Heike joined Amazon in May 2017 through the acquisition of Graphiq, a Santa Barbara based start-up where Heike was Director of Product. Prior to Graphiq, Heike was a management consultant at McKinsey & Company in Los Angeles, Berlin, and Munich. She consulted tech and public sector clients on organizational and strategic topics.

Heike obtained a PhD from the Free University Berlin in the area of Social Entrepreneurship focusing on cross-sector partnerships. She also holds a Master’s Degree in Physics from the Technical University in Munich.

Heike is an active member of the Santa Barbara community. She is a board member and program co-chair at the Central Coast MIT Enterprise Forum that focuses on building connections with local entrepreneurs in technology and beyond. She was also a board member for the Santa Barbara Birth Center. In her free time, Heike enjoys the Santa Barbara lifestyle: she likes to spend her weekends with her husband and her 5-year-old daughter surfing at Devereaux, stand-up paddling to Sandspit, or riding their bikes along the beach and State Street. Having grown up in Europe, Heike has seen busy downtowns where locals & tourists, business people & residents can create a vibrant city center together. She would be excited to work with the board to make downtown Santa Barbara even more engaging. 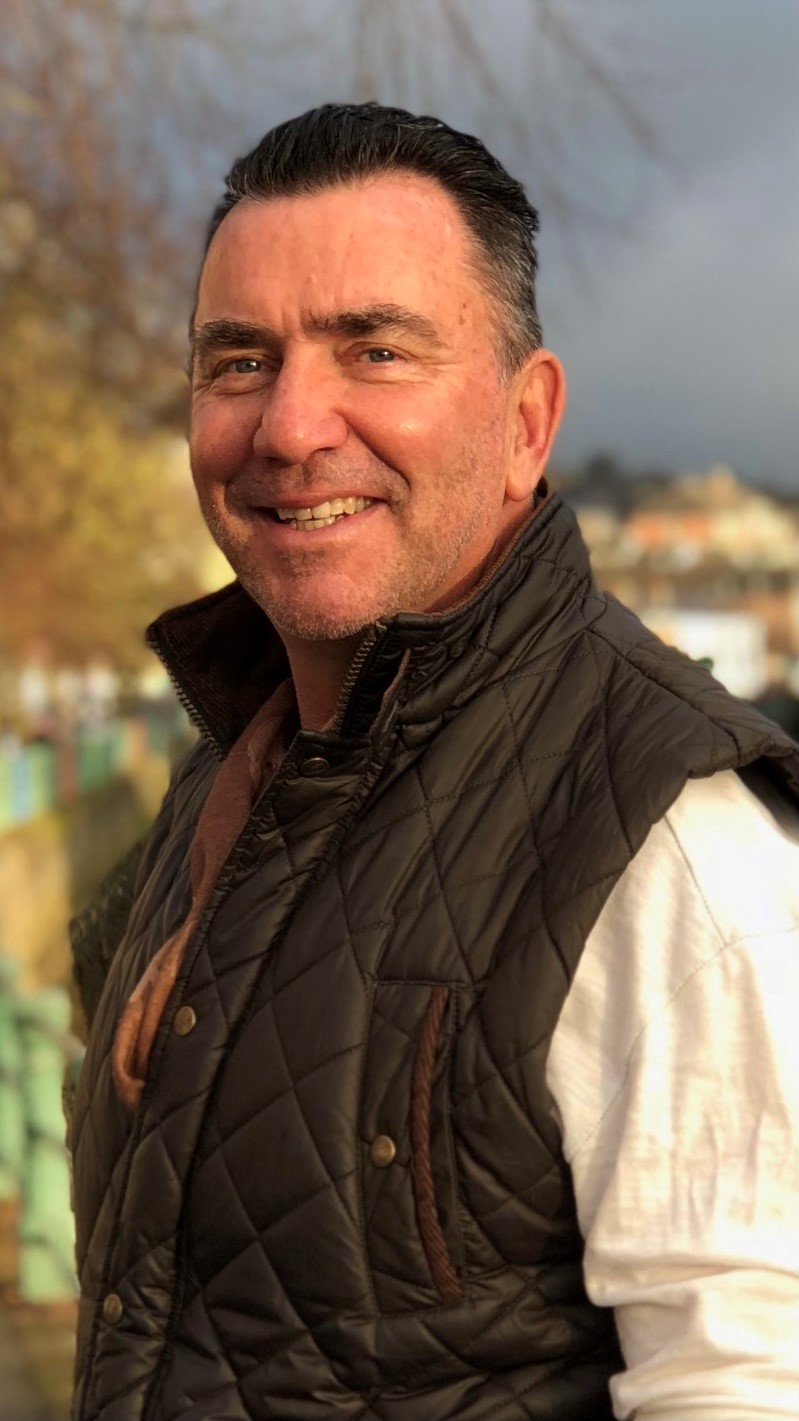 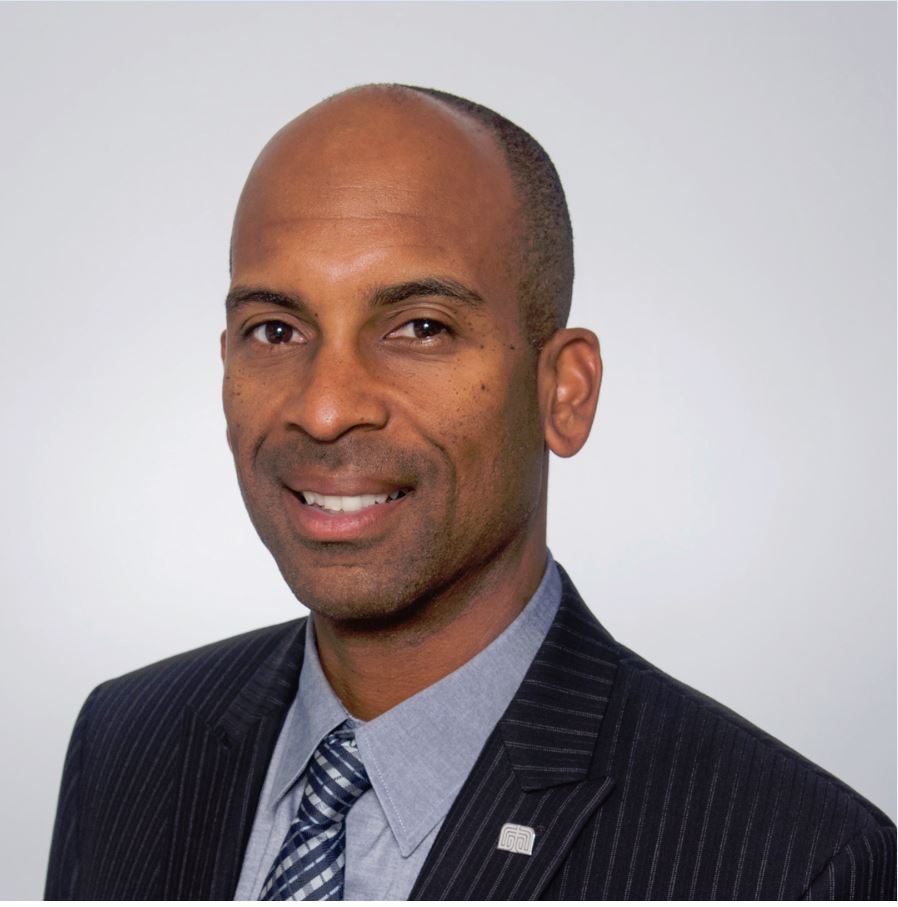 A native of Ventura, Derek attended Ventura High School where he played football and baseball. His love of baseball got him drafted by the Pittsburg Pirates in the 3rd round out of high school. After playing 5 years of Professional Baseball, Derek was taken out at 2nd base turning a double play. He decided to go back to school after his career ending injury and was accepted into UC Berkeley on a football scholarship where he played for 3 years. While playing football, Derek was able to apply and get into the Haas School of Business where he earned a Degree in Business Management. It was during his last semester at Haas when he took on his first banking job, 17 years ago!  Derek has held a number of positions and roles in the Banking Industry, but specializes in Consumer Lending, Business Lending, Commercial Lending & working with Non-Profit organizations.  Derek is currently a VP and Branch Manager at Montecito Bank & Trust on 1000 State Street. 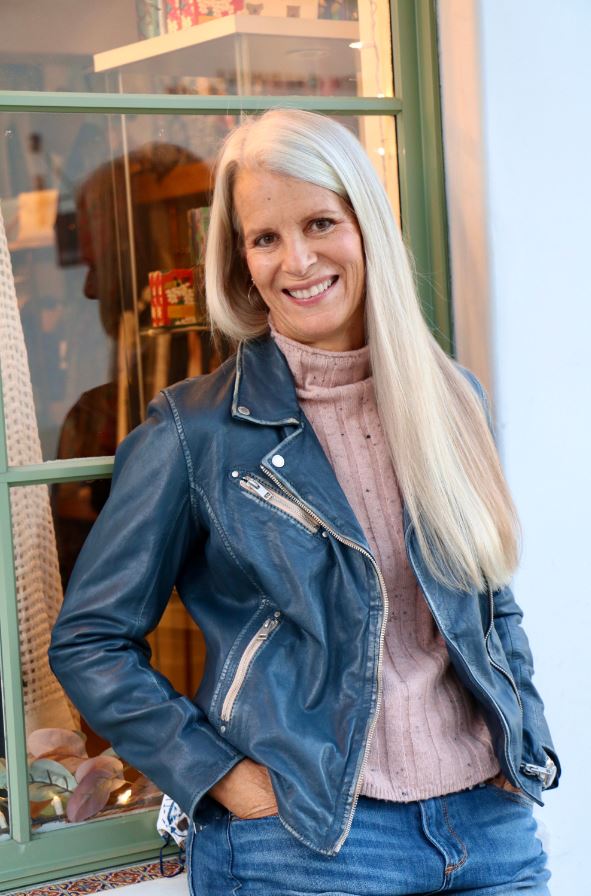 Prior to starting a new career in retail in 2020 with the purchase of Lovebird Boutique with her partner, Nancy spent 35+ years in sales, marketing and communications – primarily in tourism and the wine industries.

An opportunity with ISLANDS Magazine initially brought her to her dream destination of Santa Barbara (and lasted 20 years!). This segued into 15 years in the wine tourism industry with Destination Wine Country and Touring & Tasting magazines, both local enterprises.

content marketing and media sales. She prides herself in thinking outside of the box and developing creative solutions while at the same time being process driven

and executing to plan in a timely and detail oriented manner. She is energetic and motivational and loves bringing people together  - for the purpose of creating strategic partnerships as well as on a personal level.

She is a 30+ year resident of Santa Barbara and combines her exceptional Midwestern work ethic and integrity with California creativity, flair and style. Nancy hails from Chicago, received her

BA in Communication Studies from Northwestern University and her MBA from UCLA in Marketing and International Business. 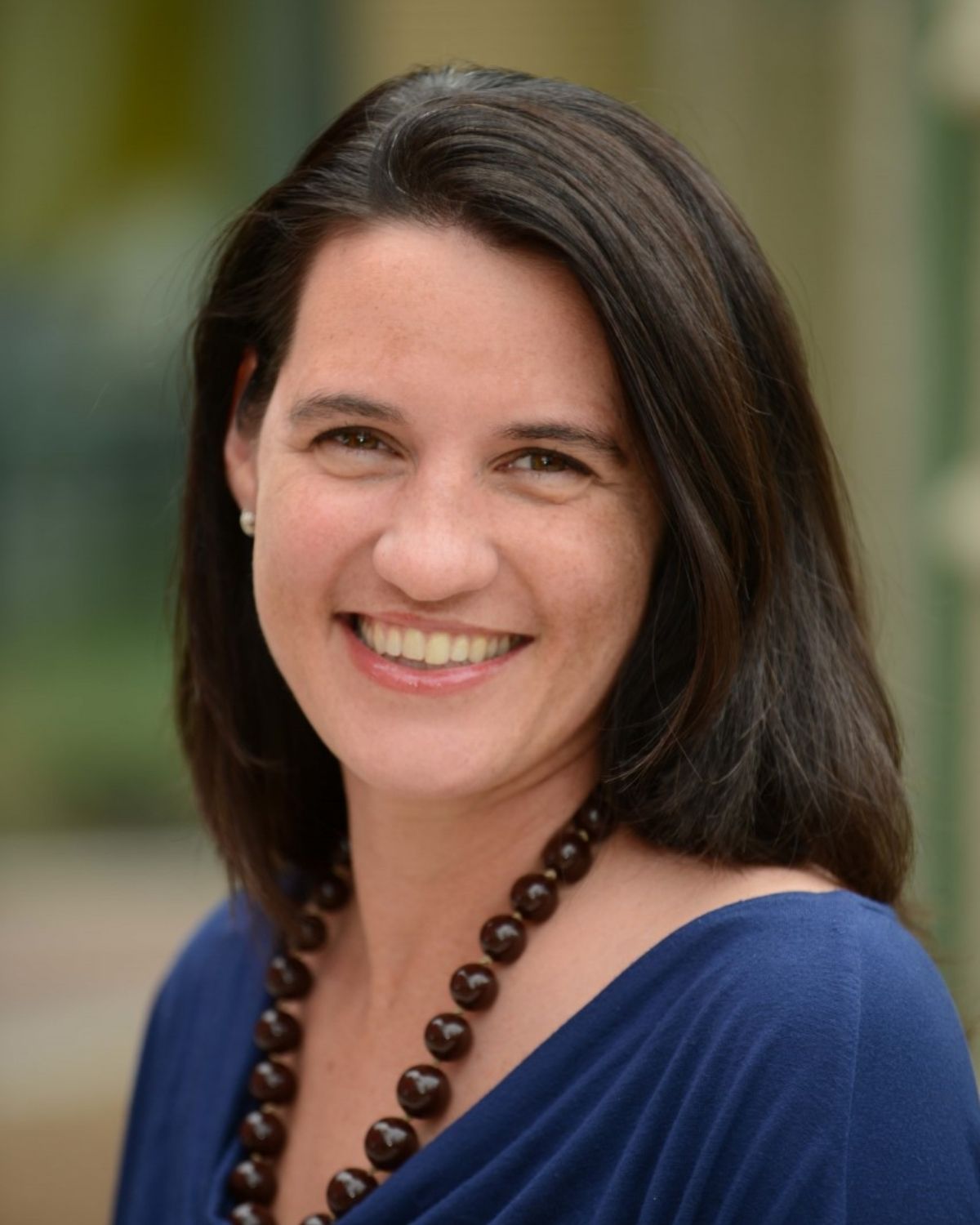 President and CEO; MOXI, The Wolf Museum of Exploration + Innovation

Robin Gose has been a STEM educator for more than 20 years, in both classroom and museum settings. She joined the MOXI team in November 2017 during its inaugural year as Santa Barbara’s newest hands-on science museum and destination for families. In this role, she oversees the museum’s operations, finances, outreach, and programming to ensure alignment with the organization’s mission “to ignite learning through interactive experiences in science and creativity.” She also cultivates relationships with supporters, business and civic leaders, schools, community partners, media, and more to further promote MOXI as a world-class institution for informal science learning.

Robin came to MOXI after three years as director of education at Thinkery in Austin, Texas where she cultivated the pedagogical vision of the institution and oversaw all programming, exhibits and facilities at the latest iteration of what was once the Austin Children’s Museum. Robin’s passion is to make science fun for young learners to promote their social, cognitive, and emotional development. She values providing authentic learning experiences for children to explore the world around them, with an emphasis on making science accessible to children from diverse backgrounds.

She earned her bachelor’s degree in geography and environmental resource management from the University of Texas, Austin. Robin began her career managing summer camps at the Austin Nature and Science Center before moving to Los Angeles to oversee programs at the California Science Center. She then transitioned to teaching K-5 science at an independent school in Los Angeles. During this time, she earned a doctorate degree in educational leadership from the University of California, Los Angeles, where her academic research focused on English language learners’ experiences in science classrooms. 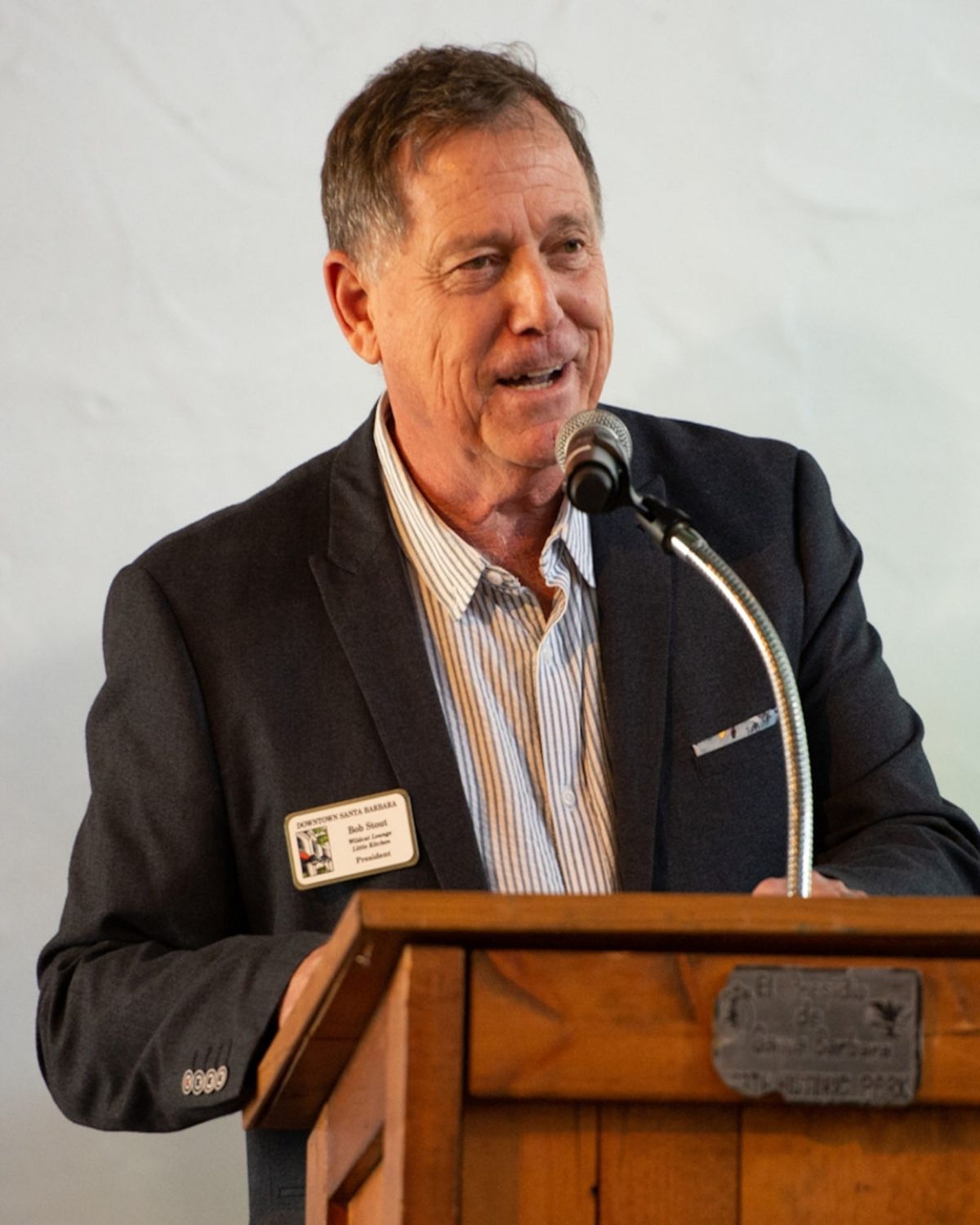 Bob currently serves as chair of the Executive Committee, and co-chair of the DO’s Safety and Nominating Committees. Bob was recently named a Local Hero by the SB Independent for his work with the city to expand outdoor dining and the State Street Promenade in the wake of the current pandemic. 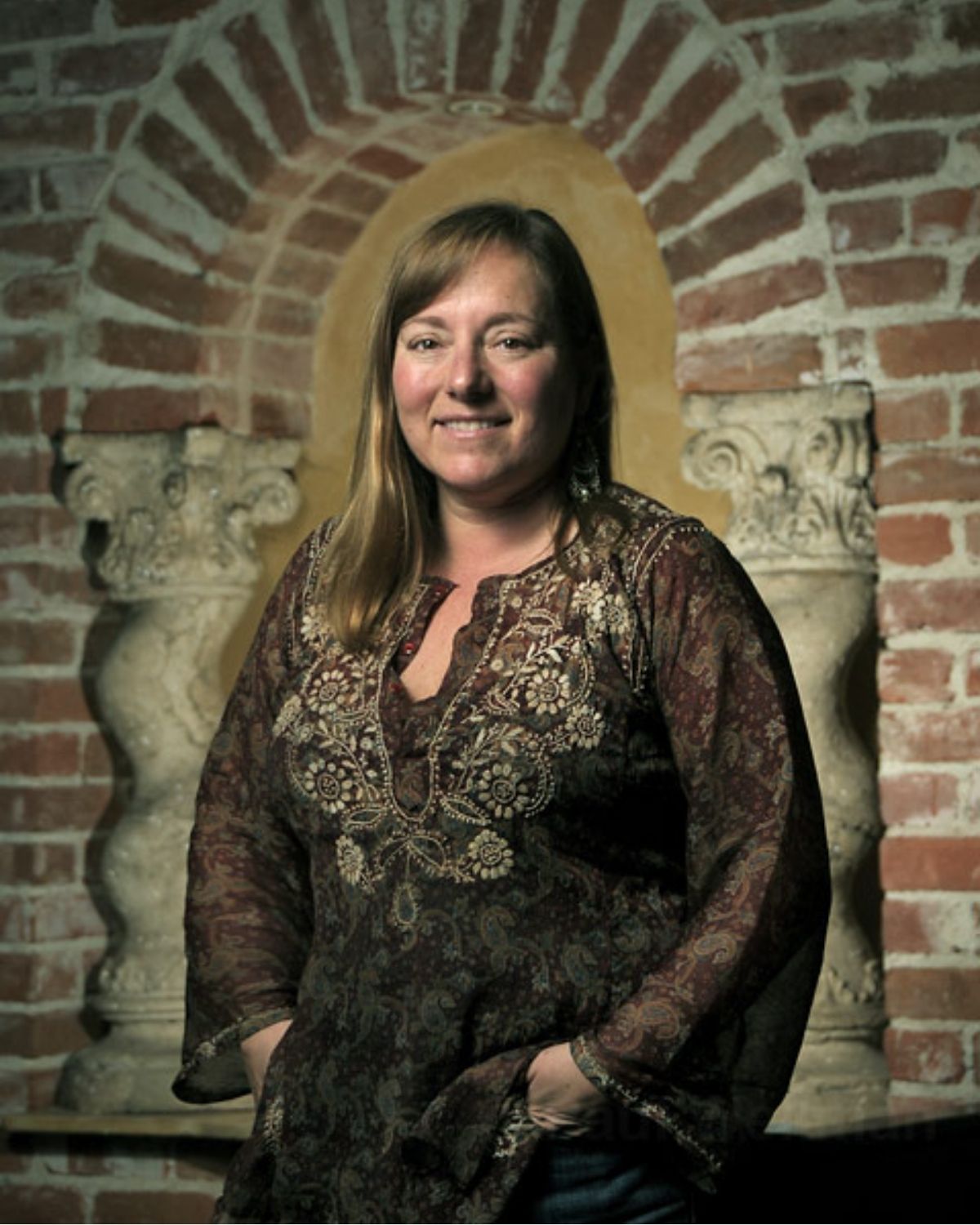 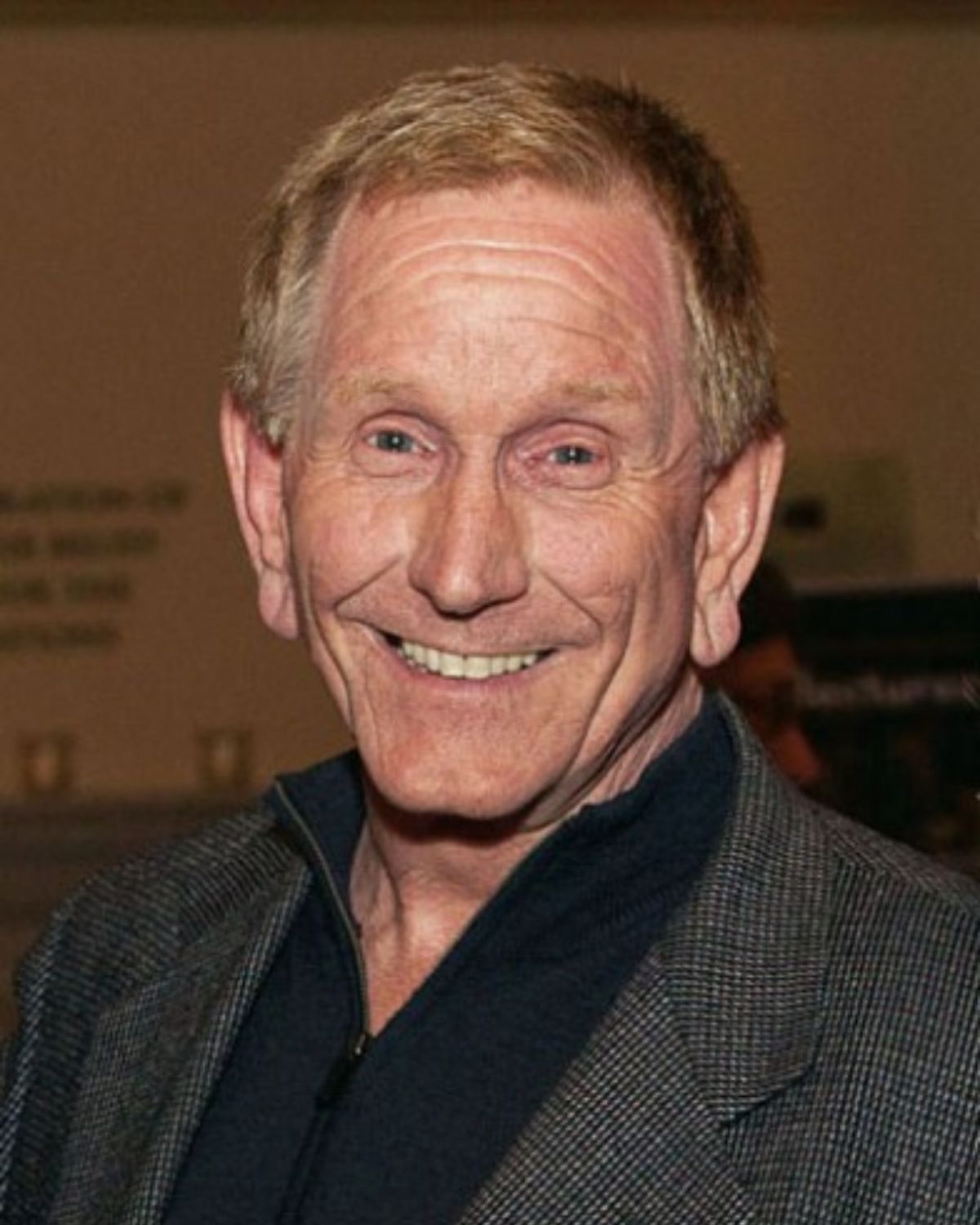 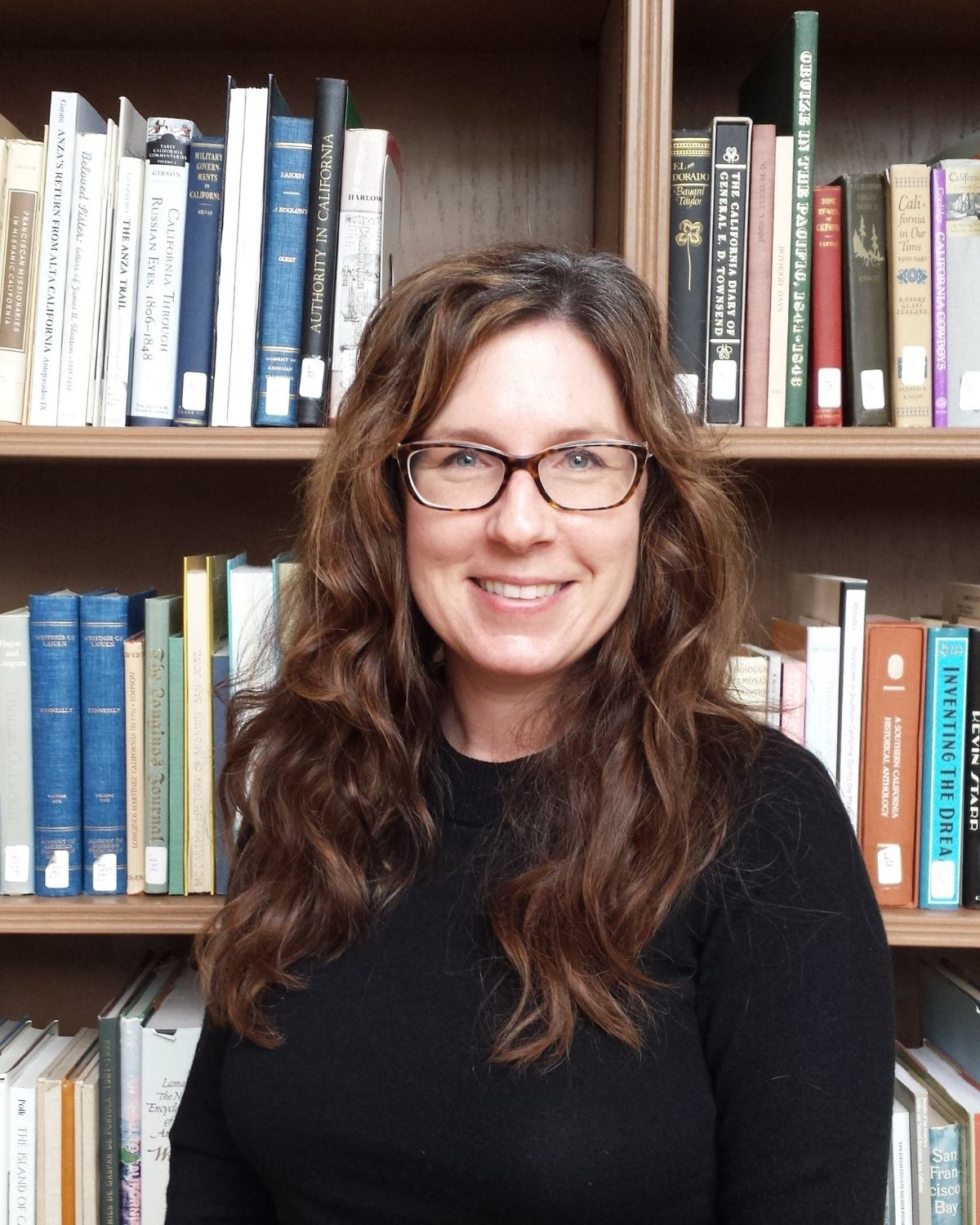 Bio: Anne Petersen Has served as a board member of Downtown Santa Barbara since 2017 and has served as Treasurer for the last two years.  She has worked for the Santa Barbara Trust for Historic Preservation for twenty years in several capacities, including Curator and Associate Director, and has held the position of Executive Director for the last four years.  Petersen has an educational background in History, American Ethnic Studies, Museum Studies, and she received her doctorate in Public History from UCSB in 2008. Petersen is especially interested in the ways historic sites can become more responsive community resources and she champions the role of public historians in helping communities manage change. 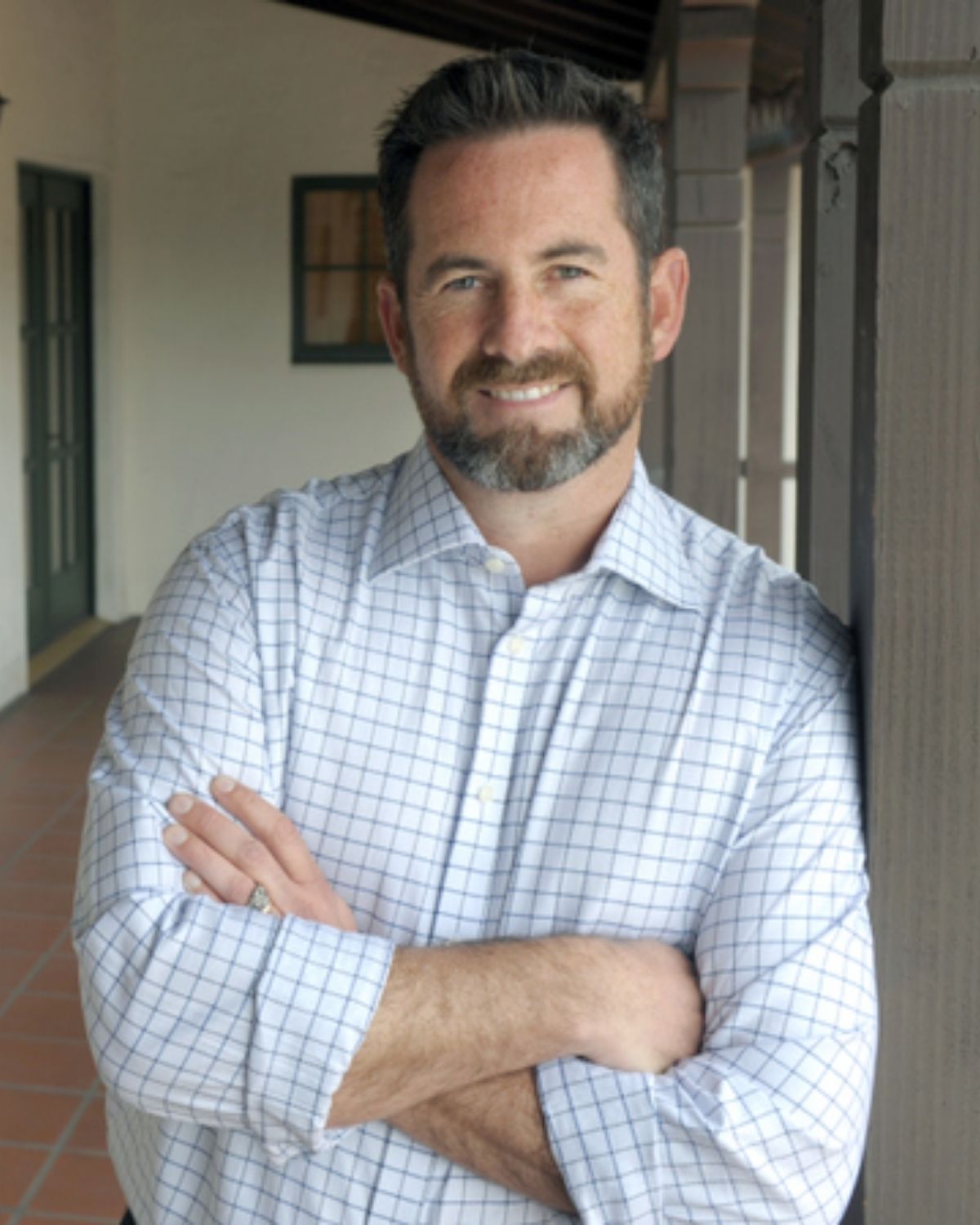 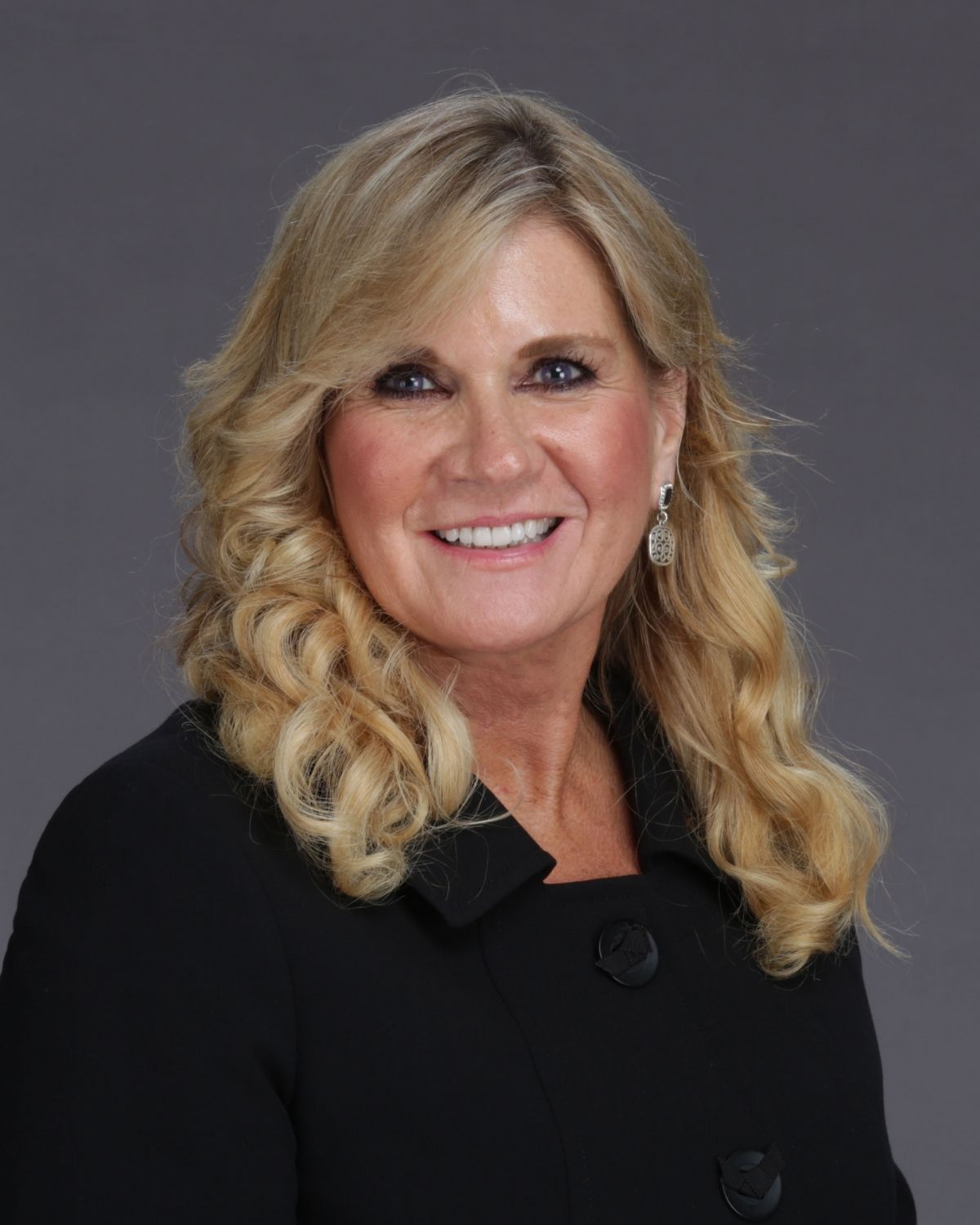 Joanne Funari is Executive Vice President and Chief Operating Officer of American Riviera Bank. Previously, she held executive positions at Heritage Oaks Bank, Santa Barbara Bank & Trust, and Bank of New York and was a founder and organizer of Business First National Bank. She received a BS degree in Finance from Le Moyne University, and a graduate degree with honors from Pacific Coast Banking School.

An active volunteer in Santa Barbara, she is currently Secretary of the Police Foundation and serves on boards of the Downtown Organization, UCSB Economic Forecast Project, and Santa Barbara Zoo. She represents the First District on the County Finance Corporation, and is on the Steering Committee of the South Coast Business & Technology Awards. Past president of the Chamber of Commerce of the Santa Barbara Region and Goleta Valley, Joanne also served on the Goleta Valley Cottage Hospital Foundation and Foundation for City College boards and was La Presidenta and CEO of Old Spanish Days.

Joanne moved to Santa Barbara in 1991 with husband Carlos and son Ryan.