The year 1925 was a defining moment in the history of Santa Barbara.

In the early morning hours of June 29, 1925, a major earthquake, destroyed much of the downtown State Street corridor.

At the time of this disaster there was a growing community movement in Santa Barbara led by Bernard Hoffman and Pearl Chase to have a uniform architectural style, evoking our Spanish Colonial past. Their efforts led Santa Barbara to form the country’s first architectural review board with strict design standards. What the earthquake leveled would now be rebuilt — in the Spanish style. 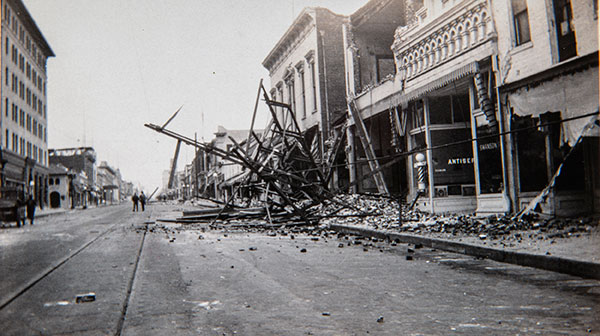 The residents of Santa Barbara were the Chumash Indians who lived here as many as 6,000 years ago. Early Spanish soldiers arrived in the 18th century to occupy the area and built the original Spanish fort - El Presidio - to protect the alta California coastline from foreign invaders. Spanish priests came to “Christianize” the Indians and teach them trades and skills useful to Spain in the New World. 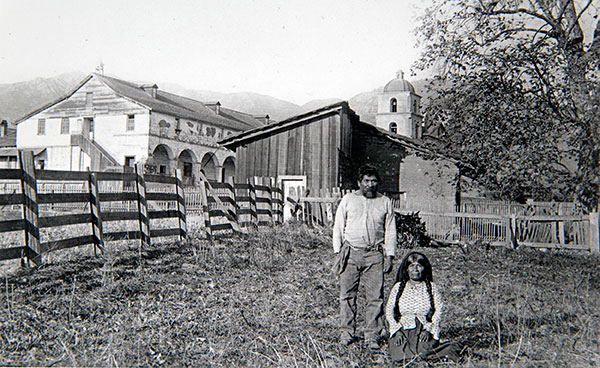 When Mexico won its independence from Spain in 1822, California became part of Mexico. In 1848, following the Mexican-American War, California became part of the expanding United States, and joined the union as a state in 1850. For more information about the history of the Presidio and our city's early settlement, explore the Santa Barbara Trust for Historic Preservation website.

The town’s main thoroughfare, State Street, has been the route through which history, people, and events have entered and shaped Downtown Santa Barbara.

The Gold Rush ushered in the American age and changed Santa Barbara from a sleepy pueblo to a bustling little town. Soon steamships arrived, loaded with visitors from the eastern states. When the historic Stearns Wharf was built in 1872, it allowed direct access for ships to safely unload building materials, freight, and passengers.At the dawn of the 20th century, the railroad was then completed which fully connected Santa Barbara to Los Angeles and San Francisco, ending the community’s isolation and ensuring its future as a major visitor and resort destination. 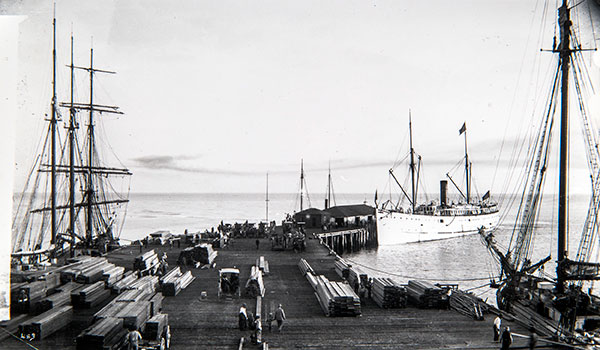 A steady stream of retailers, doctors, bankers, and service businesses set up their storefronts and offices in Downtown Santa Barbara.

From 1912-1921 Santa Barbara was a major center of silent film production in the days before Hollywood.(Salvatore Ferragamo started his career here crafting shoes for the film stars.) By the 1940s, State Street had also established itself as a retail shopping mecca for the region and its visitors. 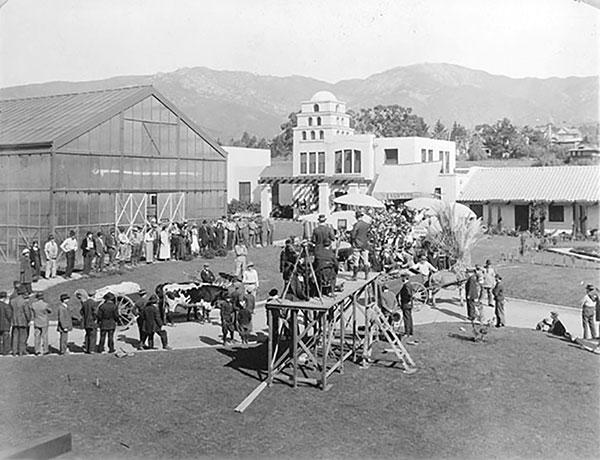 Things began to shift in the late 1950s and 1960s, as the city limits expanded to the north.  Attention was diverted from  the old downtown and to the new retail developments uptown. Across the country downtowns began experiencing this downward spiral of disinterest and disinvestment. Downtown Santa Barbara was no exception, as mall shopping became the new way of life.

In response to the development of the region’s first regional mall, La Cumbre Plaza, downtown businesses organized as the Downtown Organization of Santa Barbara in 1967. 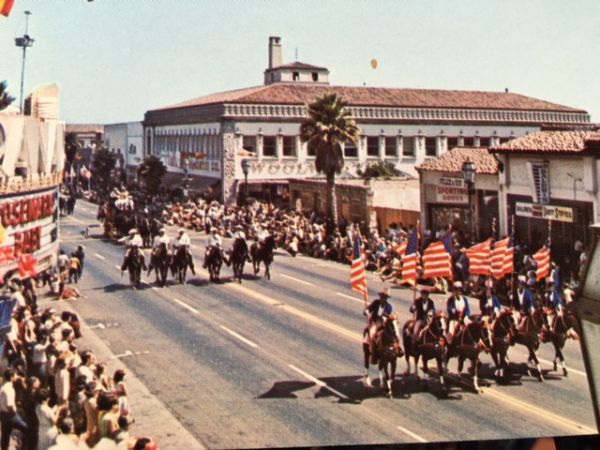 City leaders have always recognized the value of a strong downtown. The Santa Barbara Redevelopment Agency (1972 until 2012) fueled unprecedented public investment in Downtown Santa Barbara, including the construction of the Paseo Nuevo as a public-private partnership, and the creation of convenient downtown parking lots and garages.

One of the City’s significant developments was “The Plaza," a six-block section of State Street.  Originally constructed in 1969 and designed by architect Robert Ingle Hoyt, the Plaza's sidewalks, paseos and landscaped streetscape define The Downtown's special charm and pedestrian environment. The Plaza was expanded in the 1990s, with additions of public art, benches, and our favorite, the State Street Flag Program.

Downtown Santa Barbara also provided important leadership for the revitalization of the downtown area, advancing a proposal in the mid-1970s to create a self-assessment on all the businesses to create a stable budget in support of the organization’s work. Santa Barbara’s first Downtown Business Improvement District (BID) was created in 1975, and a second BID was created for the Old Town District in 1976. 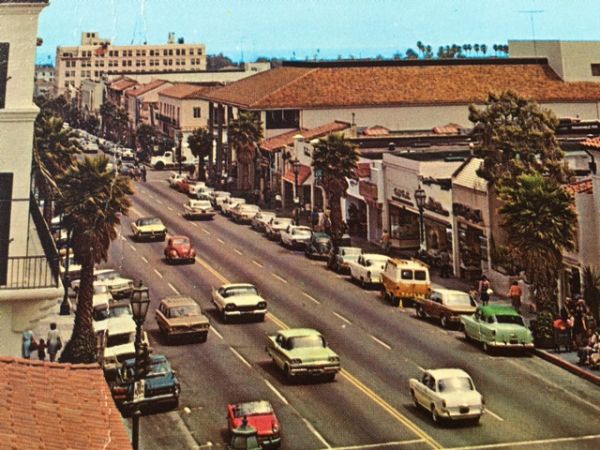 The economic downturn in 2008 created increased vacancies and budget challenges, and the elimination of redevelopment agencies in the State of California in 2012 marked the end of an era for public reinvestment. Yet Downtown Santa Barbara has recovered and rebounded from the economic downturn. 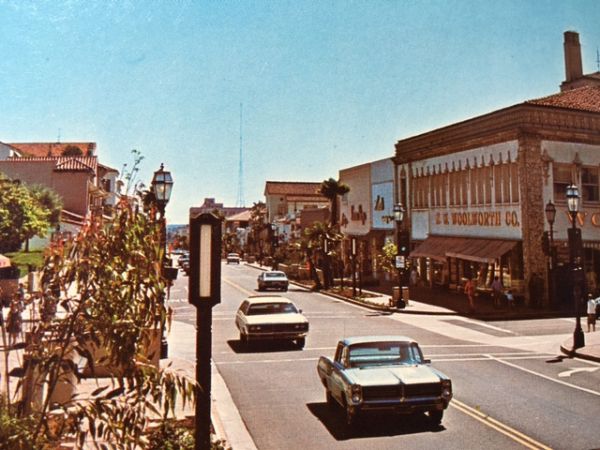 Today State Street serves as the cultural heart and soul of Santa Barbara. Its vibrant theatre district has five theaters serving 80 to 2000 audience members and nine museums, some of which, such as the Santa Barbara Museum of Art, have distinguished national reputations.

In recent years, start-ups and technology-related firms such as Sonos Corporation have made Downtown Santa Barbara their headquarters, creating new demand for similar tenants. Adding to the mix are a growing number of wine tasting operations, creating a cottage industry – and a new pasttime – for downtown customers and residents. 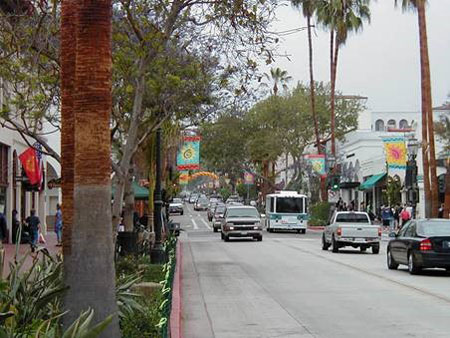 Downtown Santa Barbara today is at an important crossroads, with a legacy of success and opportunities ahead.  New investments are anchoring the lower blocks of State Street, providing infill and new uses to activate and connect the Downtown core to the waterfront.

Its future remains as bright as its past, in part due to its amazing location, its storied history, and the strong leadership inherent in the public-private partnership between the City of Santa Barbara and Downtown Santa Barbara.

Special thanks to Erin Graffy Associates.