The Muppets Are Coming to Santa Barbara 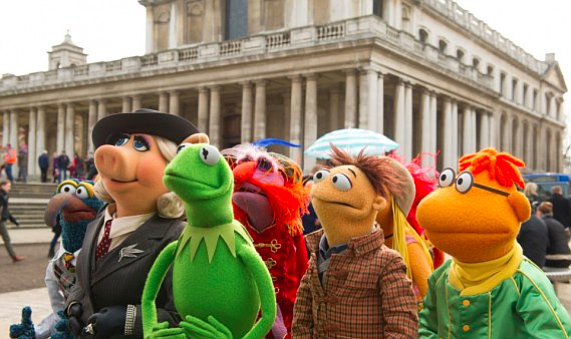 (Courtesy Photo) The Muppets are coming to Santa Barbara!

She was born in 1976. She is known for her fashion sense, karate skills, bon mots (e.g., “Treat the world like your runway, because who says it isn’t?”), and on-and-off relationship with a certain famous frog. She is Miss Piggy, and she’s coming to Santa Barbara —along with a Muppet entourage that includes Fozzie Bear, Rowlf the Dog, and the aforementioned Kermit, among others —as part of the first-ever PuppetPalooza, a four-day festival taking place around town this spring.

Along with the Muppets’ appearance, which falls on the second day of the festival, the city will be filled with all manner of puppets (sock, shadow, marionettes, and bunraku, to name a few) and puppeteers, including luminary Phillip Huber, the Emmy Award–winning marionettist from the film Being John Malkovich, and Tarish “Jeghetto” Pipkins, the puppeteer from the Missy Elliott and Pharrell music video “WTF (Where They From).” There will also be workshops, pop-up puppet theaters, loads of events for the kiddies, and a Puppetzilla Puppet Slam for folks age 18 and older.

While puppet festivals are popular in Europe and have been held in U.S. cities such as Nashville and Chicago, PuppetPalooza is the first West Coast event of its kind, according to Mitchell Kriegman, one of the event organizers. Considering the lineup of notable puppeteers, performances, workshops, and puppet films, PuppetPalooza is bound to bring some much-needed delight and whimsy to our seaside burg. “It’s going to be a frenzy of fun,” said Kriegman.

Although the festival proper doesn’t begin until March 1, folks can get a taste of things to come at the kickoff party on Saturday, January 27, 4-7 p.m. at PuppetPalooza Central, a store/museum in Paseo Nuevo. The family-friendly event includes giant bubbles, puppet videos, jugglers, and memorabilia, among other offerings. John Palminteri and his new sidekick, a specially made John Palminteri puppet, will also be on hand.

Pop over to Puppet Central store and museum for myriad goings-on from now through March 4. For more information on all festival events, see puppetpaloozasb.com.