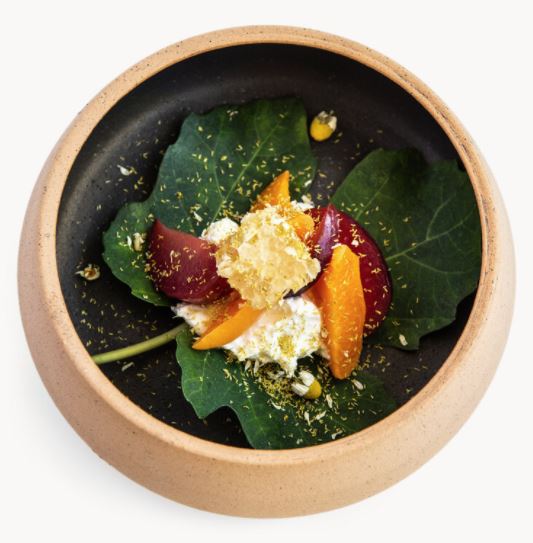 Raised in Milan, Andrea’s first exposure to wine occurred at an early age when his father’s uncle shared a batch of his own wine made in the hills of Liguria. His career in hospitality took him around the world providing him with over 20 years of hands-on education in wine, working for a Michelin starred restaurant, Relais & Chateaux, and eventually at the Four Seasons Santa Barbara, where Andrea and Brian met. Andrea’s professional background as well as his vibrant personality make him uniquely gifted to create an authentic Italian experience.

Born and raised in Santa Barbara, Brian began pursuing his culinary career in Florence, Italy, where his passion for Italian cuisine blossomed into a career rooted in classic and contemporary food inspired by the region. After graduating culinary school, Brian moved to Manhattan, honing his craft in Italian restaurants throughout the city. Eventually, he made his way back to Santa Barbara working as the chef of the Pasta Shoppe, and later the Coral Casino at the Four Seasons Santa Barbara.

While working together at the Coral Casino, Andrea and Brian began to dream and collaborate on a place of their own, born from their shared love of food and wine inspired by Italy. That’s where Aperitivo was born...a place to come together, discover exquisite flavors and wines from the far corners of Italy, and celebrate new traditions in Santa Barbara.