Retail Consultants Say Downtown Corridor Caters Too Much to Tourists 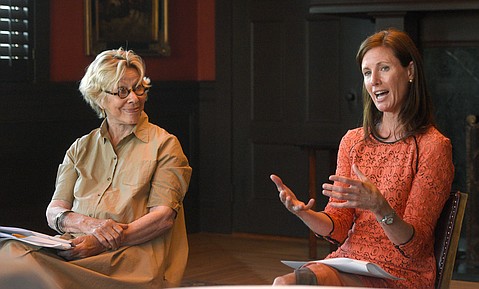 With nearly a quarter of all American shopping malls projected to shut down over the next five years, the retail future of Santa Barbara’s State Street has emerged as the $64 million question, a subject of vigorous head scratching and renewed political debate. Last week, the Downtown Organization weighed in with the release of a new retail study it had commissioned six months ago in response to an alarming spike in the number of vacant downtown storefronts.

The good news, according to consultants with the Seattle-based firm Downtown Works, is that the “bones and scale” of downtown Santa Barbara remain “great for retail,” despite very real challenges posed by Internet shopping. Santa Barbara’s number one strength, the consultants concluded, “is its authenticity” as a “real downtown.” But that authenticity could be part of the problem, as the reality visitors experience may be at odds with the town’s reputation as “a first-class destination.”

Among the many problems confronting State Street that consultants Midge McCauley and Kelly Kost described was “the concentration/visibility/behavior of loiterers/homeless” as nothing less than “a GIGANTIC issue.” It was, however, far from the only one. The mix of shops on State Street, they said, was hardly unique, caters too much to tourists, and has too many chain outlets that target “a very young demographic.” In addition, the two consultants wondered whether the State Street corridor might be too long a retail stretch to be economically sustainable.

During a media briefing last week, McCauley and Kost said they were less troubled by the number of vacant storefronts (which they clocked at 12 percent of the total) and high rents (which they said were not unreasonably high) than they were by the shabby exteriors of many properties, underwhelming window design, and interior merchandise displays that did not draw shoppers in and keep them coming back. They gave every storefront a score between 1-20 based on visual presentation. Of those, 28 percent got scores of 10 points or less, 51 percent were graded “can and must improve,” and 21 percent were “good to great.”

No stores were identified by name, but the tenants and property owners will be given the results. The consultants strongly suggested that all merchants be offered copies of the book Why We Buy, the Science of Shopping. Regarding the tilt toward the tourist market: “If you create a downtown that’s attractive for the locals,” McCauley stated, “the tourists will follow.” It doesn’t happen the other way around, she added. They also suggested that housing be allowed on State Street in upstairs quarters, and that banks, offices, and discount knock-off shops be discouraged.

Aside from its “bones” and “authenticity,” Santa Barbara’s relative market isolation ​— ​not to mention the 207,000 people who live between Carpinteria and Goleta ​— ​creates a sustainable economic base for the city’s retail corridor. The average household income of this resident population, they stated, is $103,000 a year. About half fall within six “psychographic” subgroups ​— ​Urban Chic, Top Tier, Trendsettters, Laptops & Lattes, In Style, and Exurbanites.

With a City Council election around the corner, the state of State Street has already emerged as a key campaign issue. The Downtown Organization and several merchants are calling for the removal of all benches to discourage loitering. Before that happens, a study will have to be conducted to examine a range of options regarding street furniture and how much, if any, should be removed.

In the past three months, the issue has achieved critical mass, with Mayor Helene Schneider hosting several meetings to discuss options among downtown business interests. Some observers have disputed downtown is in such a state of dystopian disrepair and question the extent to which the homeless can be blamed. Whatever the cause ​— ​internet sales, high rents, bad business decisions ​— ​the number of vacant storefronts is the highest it’s been since 1991.

Last week, assistant city administrator Nina Johnson met with eight commercial brokers to discuss removing “For Lease” signs from the walls of vacant storefronts. This suggestion unleashed an angry backlash from longtime property owners Richard Berti and Jim Knell, who fumed in letters bursting with exclamation points that City Hall needed to do more to remove the homeless. Some of the brokers agreed to post smaller signs.