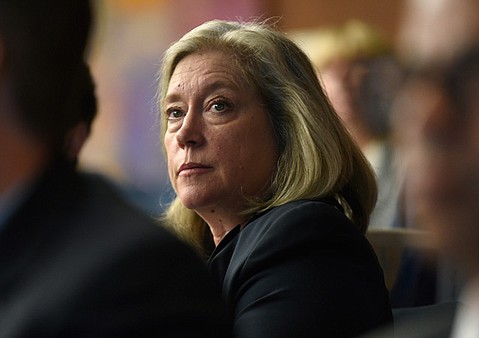 This week, four of the five county supervisors were so wowed by preliminary results of a program known as Laura’s Law, or AOT ​— ​Advanced Outpatient Treatment ​— ​that they approved continued funding though next June. Since California voters passed Laura’s Law in 2002, county mental-health activists have been pushing to implement it here in Santa Barbara County.

The program ​— ​which at its most extreme authorizes judges to order seriously mentally ill people into outpatient treatment, even if they refuse ​— ​has been given a chance to yield meaningful results.

After just four months, the judges have not been called to action. Instead, Laura’s Law has supported the efforts of mental-health outreach workers to successfully enroll seven of the most resistant mentally ill individuals into treatment programs, and to repeatedly contact another nine. It is this relentless interaction that distinguishes the program from other outreach efforts.

These individuals have qualified for the Laura Law’s program because they have been hospitalized or jailed or have acted violently during the last two years. Twelve were homeless, and all have been offered housing. Three have accepted temporary housing, and one has entered a long-term lease. If after 90 days of contact, those mentally ill subjects still refuse treatment, judges can issue orders. They do not have authority, however, to sentence anyone to jail time, or force anyone into involuntary hospitalization or to take medications.

Behavioral Wellness czar Alice Gleghorn, who must cut $4.2 million from her budget, had earlier suggested cutting Laura’s Law funding entirely; she now expressed enthusiasm for it after studying the results. She said more clients had been effectively reached than other Behavioral Wellness programs, and she praised the funding flexibility Laura’s Law offered.

Unlike most Behavioral Wellness clients ​— ​who sign up and are charged a fee for service ​— ​Laura’s Law “clients” don’t believe they’re mentally ill, haven’t signed up for help, and certainly can’t be billed. The small annual budget for Laura’s Law ​— ​about $300,000 a year ​— ​allows case managers a degree of improvisational flexibility not possible under a fee-for-service arrangement. “When you have someone who doesn’t think they’re mentally ill and think they can get up out of their chair and go get a job in the movie business,” Gleghorn said, “that makes flexibility in funding very, very important.”

At the Board of Supervisors meeting, mental-health advocates had been prepared for battle, in part because they anticipated opposition from Gleghorn and because they weren’t certain they had three solid votes. By the meeting’s end, not only was Gleghorn on their side but also four of the five supervisors had voted aye. Conservative and progressive forces found themselves agreeing. Even 4th District Supervisor Peter Adam claimed he supported the continued funding, though he voted against it because, he said, the board had just approved a million-dollar expenditure elsewhere. “It’s a zero sum game,” he declared.

Unexpectedly, 1st District Supervisor Das Williams, in leading the charge to support Laura’s Law, was on the same page as noted right-wing, pro-business advocate Andy Caldwell, who thundered, “How is it humane to let someone who is out of their minds make their own decisions?” Both Caldwell and Supervisor Williams said they had a close family member whose mental- health issues might have been helped by this law.

Joining Caldwell in supporting Laura’s Law from a pro-business perspective was Maggie Campbell of the Downtown Organization of Santa Barbara. Campbell argued that Laura’s Law is needed to help downtown merchants ​— ​struggling in the face of high vacancy rates ​— ​deal with street people, many of whom are mentally ill. “Please do not eliminate this crucial tool,” she pleaded.