Everything You Need All Day at Café Ana 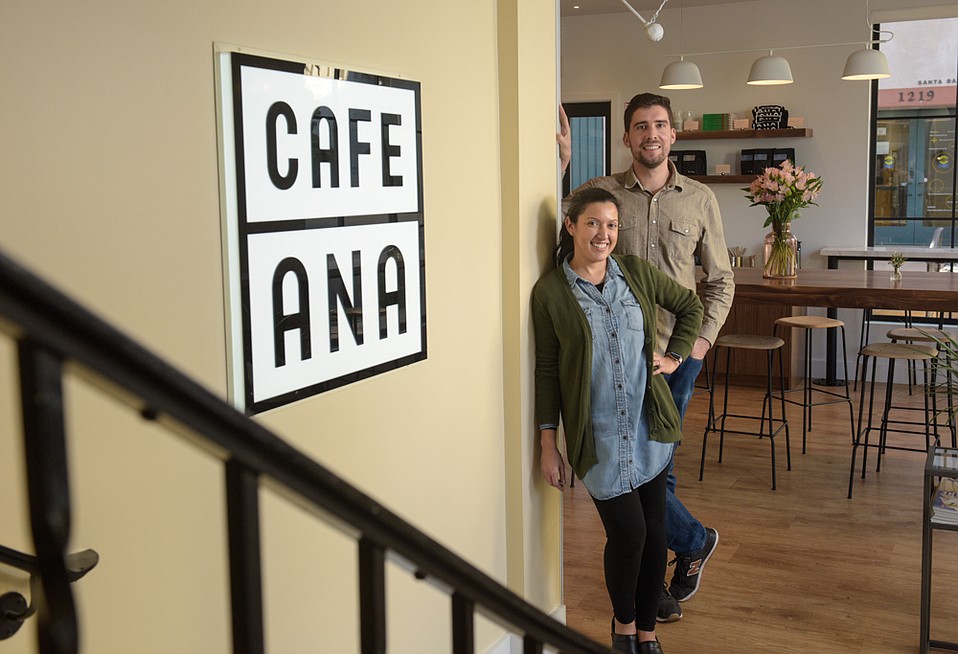 The Santa Barbara culinary scene can often seem stodgy — so slow to move thanks to old money set in older ways and because tourist dollars are easy targets for turn-and-burn spots that serve mediocre food. Or maybe paradise simply doesn’t need amazing eats on every corner, because it’s so darn easy-living beautiful anyway.

But the upscale all-day café is finally here, and we should all be thankful it’s Café Ana. It took more than two years for wife-and-husband owners Katherine Guzman Sanders and Julian Sanders to renovate the former Coffee Cat location. “Restaurant construction — always a joyful experience,” quipped Guzman Sanders sarcastically, before adding more seriously, “That bought us plenty of time to fine-tune the concept.”

The result is one of those chic spots like you may find in Melbourne or Brooklyn. In fact, Chef Ryan Whyte-Buck comes to Café Ana from a job at all-day café Golda in Bed-Stuy. “Great coffee, food, and wine” is how Guzman Sanders explained the formula. “You can get everything you need all in one place.” 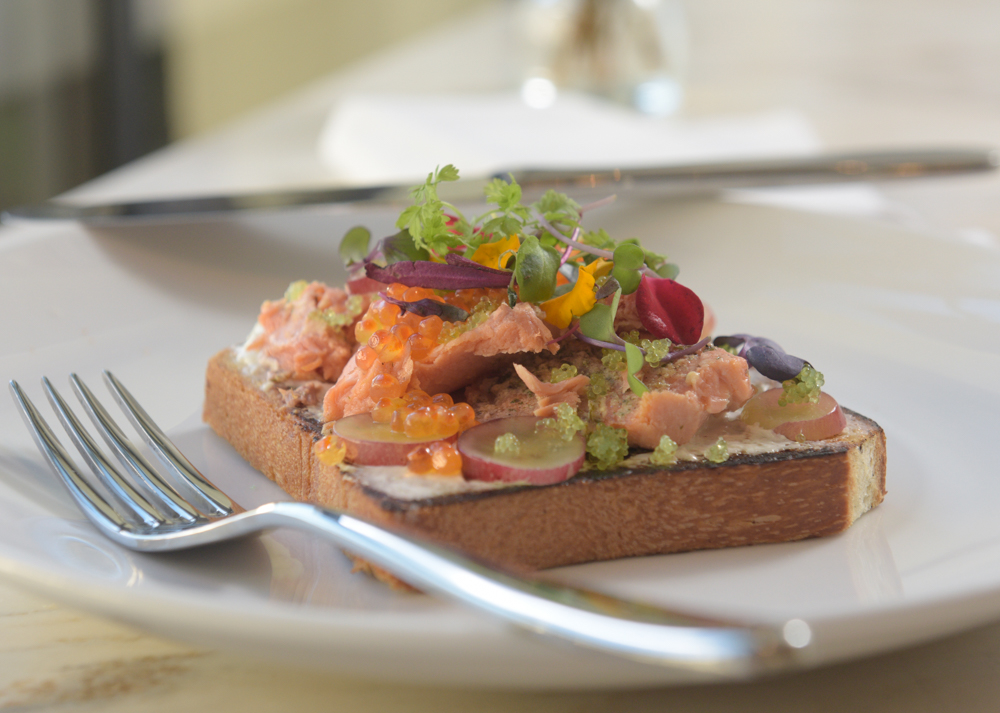 Not that the now refreshingly Nordic, much brighter spot — the cleverly enlarged windows enhance views of the County Courthouse and Public Library — will be the same from hour to hour. Breakfast is counter service, but dinner is sit-down, with reservations. “We have had the privilege of working at some luxury places,” said Guzman Sanders, who once interned for this newspaper. “But service doesn’t have to suffer in a café. We are injecting better service into the casual experience.”

Plus, the food has a creativity and elegance befitting a chef who’s worked at hotspots in both New York City and Portland, Oregon. A house-made yogurt might not seem too surprising on a breakfast menu, but here it comes with mulberry birdseed granola, açaí, and miso-honey. During lunch and dinner, their house-made pâté will make Francophiles weep with joy. Then there’s a daily carta de musica, a sandwich of sorts on the thinnest of breads (crackers, practically) that comes from Sardinia originally and was beloved by Anthony Bourdain.

It’s striking the range of flavors Whyte-Buck accesses, from the Pacific Rim to the entire Mediterranean, especially as he’s sort of coming home: He grew up in Ojai and admits that his first job as a teen was as a pretzel cook at Mrs. Fields in the Ventura Mall. “Our goal is to do everything to a T like you’d do in a James Beard Award-winning restaurant,” Whyte-Buck asserted, “but make it approachable and fun.” 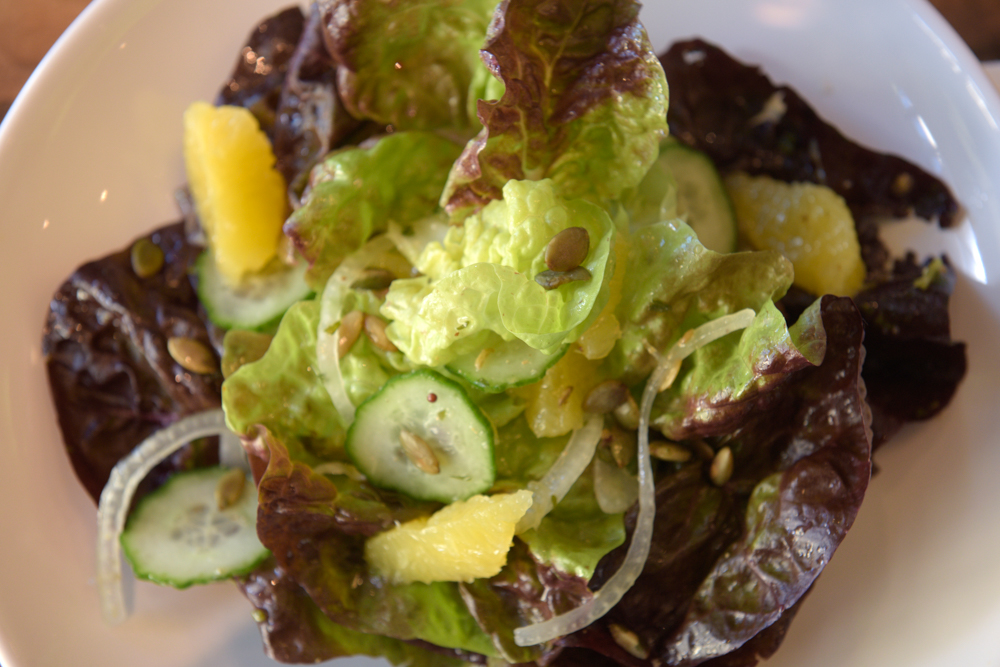 Katherine’s husband, Julian Sanders, has a grander first-job story: Out of college, he landed a spot at Little Nell in Aspen, Colorado. “It’s got the biggest Burgundy collection in the United States,” Sanders explained, “and that stuck.” After many other positions, including time at Wine + Beer in the S.B. Public Market, the certified sommelier is happily in charge of Ana’s beverage program. “The list is definitely international, starting small, and will grow,” he explained.

While the name sounds like a shout-out to a relative, especially for a family-oriented business — Julian’s father, Richard, is a silent partner, and artwork by his mother and brother adorn the walls — the Ana is really just short for its location at the corner of East Anapamu and Anacapa. “It’s got this familiar ring,” said Guzman Sanders. “But it’s rooted in where we are.”