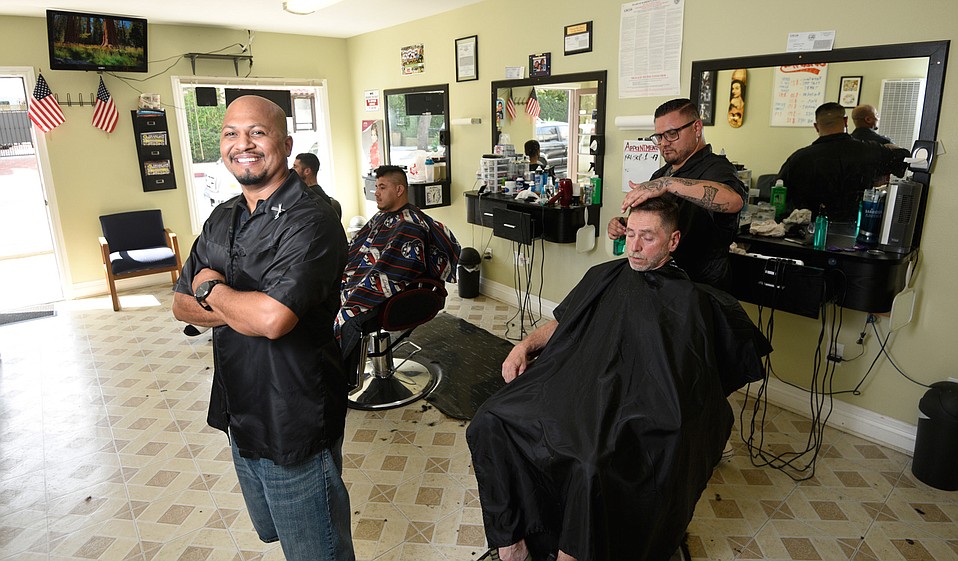 Emilio Resendiz Opened Champs to Have His Own Shop

When Emilio Resendiz graduated from Bakersfield Barber College in 2010, he walked with a valuable piece of advice from one of his instructors, “There’s no perfect haircut,” he said. “What makes a barber stand above the others is customer service.” In that respect, Resendiz, owner and principal barber at Champs, keeps a clean shop on a busy street, with free Wi-Fi, televised sports, and, heading into the weekends, frosty cervezas for of-age customers.

Resendiz grew up boxing in Acapulco, Mexico, and immigrated to California with three younger brothers when he was 13, moving in with an older brother in San Luis Obispo, where he hung out at a family friend’s barbershop after school. At least a decade ago, he moved to Santa Barbara to cut hair with his other brothers at Los Amigos, on Milpas. Eventually he realized that owning his own place was the way to go. He made it happen about two and half years ago. “[Los Amigos] was our first family barbershop,” he said, “and it was a really good experience. But I knew that having my own shop would be better, money-wise and [in terms of] having a more flexible schedule.” Both of those aspects come in handy as Resendiz shuttles his three older kids to school and provides for his wife and newborn at home, he said. “If you want to know what a busy man is, here I am.”