2021 Board President Robin Gose, President and CEO of MOXI, The Wolf Museum of Exploration + Innovation, and Downtown Santa Barbara Executive Director Robin Elander emceed the event, which honors noteworthy recipients in various categories for their contributions to the organization’s mission: to champion Santa Barbara’s downtown district and the businesses therein.

Southern California Edison thanked the board of directors and the staff at the Downtown Santa Barbara Organization for everything they do to promote the economic and cultural vitality of Downtown Santa Barbara. Dani Anderson, Government Relations Manager stated that Edison is at the forefront of confronting one of the greatest challenges our state has ever faced—climate change—which threatens our economy and our way of life. Edison has set a bold vision for the future, investing in a smarter grid and leading the way in creating a 100% carbon-free grid by 2045. 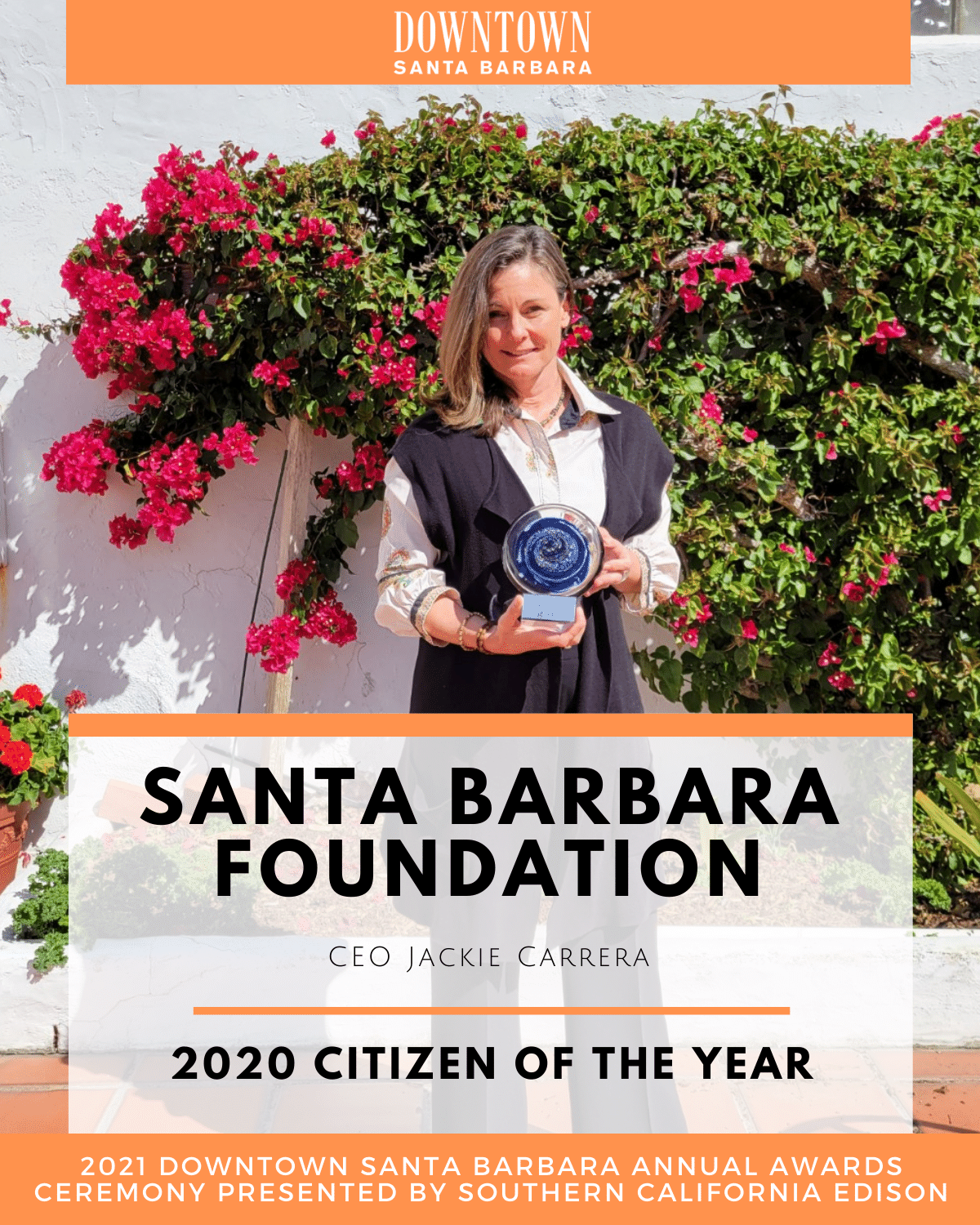 The Santa Barbara Foundation received the Citizen of the Year award in recognition of their work in providing financial relief through grants to individuals, nonprofit organizations and diverse businesses in need.

Whitehurst went on to explain that the foundation has mobilized their philanthropic base and responded to the needs of our community and have done so time and time again in response to other disasters and now the pandemic.

In receiving this award, Santa Barbara Foundation’s CEO Jackie Carrera commented, “We're a community foundation and our job is to harness collective wisdom but also to mobilize philanthropic capital and that's what we did by partnering with so many people in the community, so all of the honor today really goes out to the many many people that we work with on a daily basis. It goes to our donors and it goes to all of the leaders in the business community and the non-profits who are doing that work every day.” 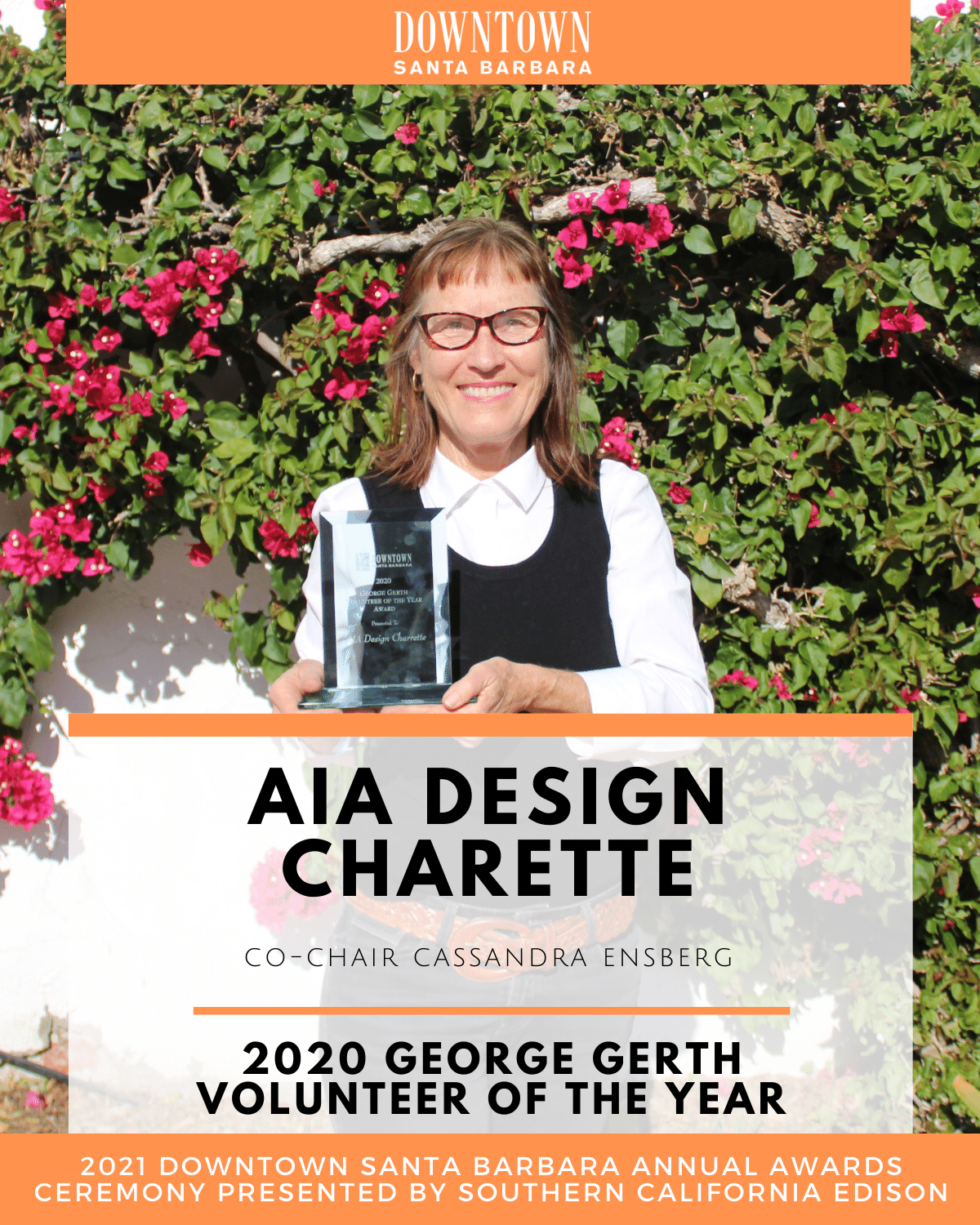 The Santa Barbara AIA Design Charette received the George Gerth Volunteer of the Year Award for their organization’s work mobilizing the minds and creativity of over 200 design professionals and 16 teams to strategically reimagine and re envision downtown, block by block via a virtual multi-month Design Charette. 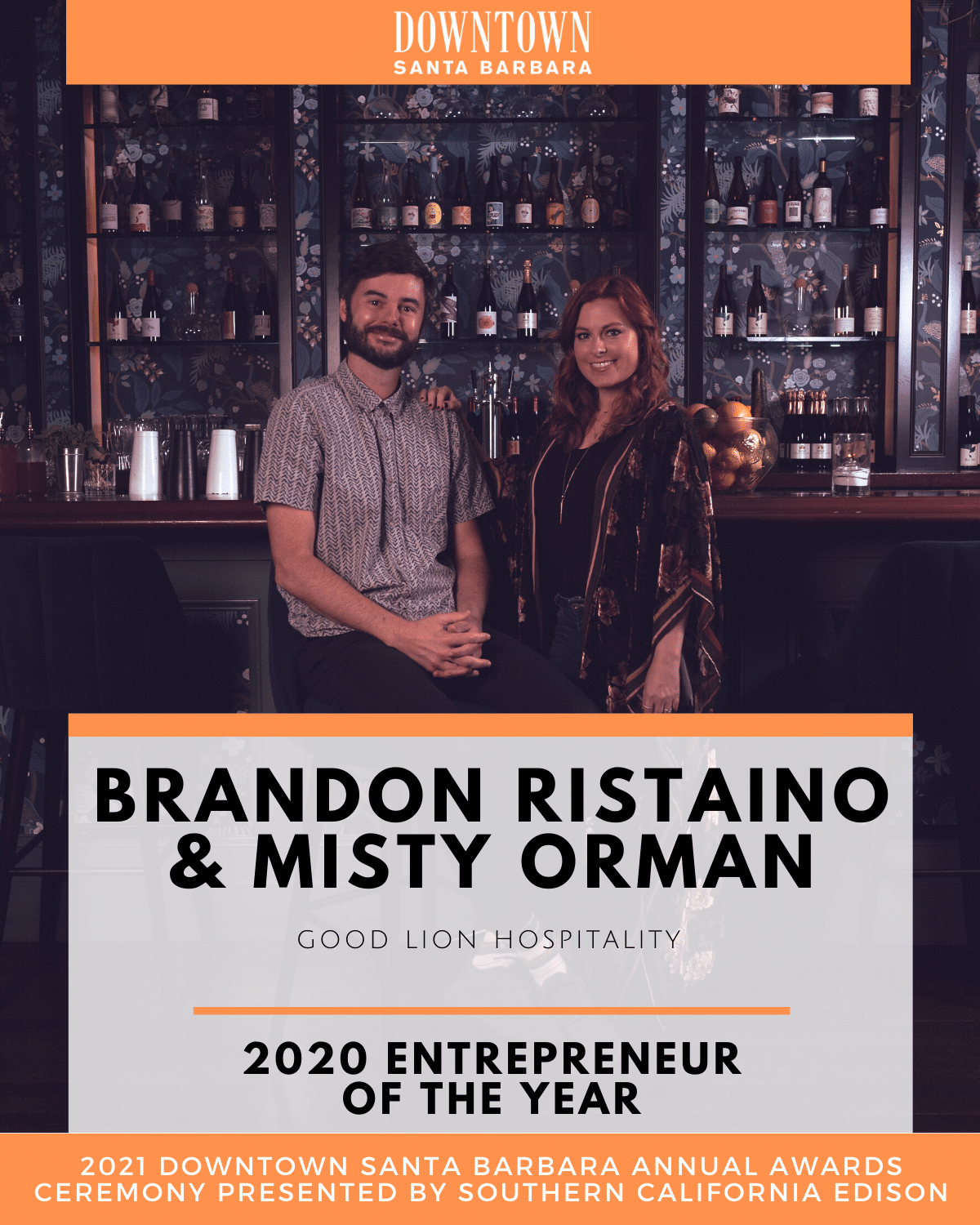 The Entrepreneur of the Year Award was presented to Brandon Ristaino and Misty Orman of Good Lion Hospitality by fellow entrepreneur Geoff Andrews of Carpe Data. Brandon and Misty own hospitality businesses and bars throughout Downtown Santa Barbara including Good Lion Cocktail Bar, Test Pilot, Shaker Mill, and newly opened - Venus in Furs. In a heartfelt acceptance speech, Ristaino commented, “We feel incredibly honored, excited and stoked. After the dumpster fire of 2020, this award couldn't be any sweeter. It was the most challenging year in our professional life by far and we couldn't be more excited. And before I pass it to Misty, I just wanted to say that of all the people to say thanks to - you are the one I should say thanks to the most.” 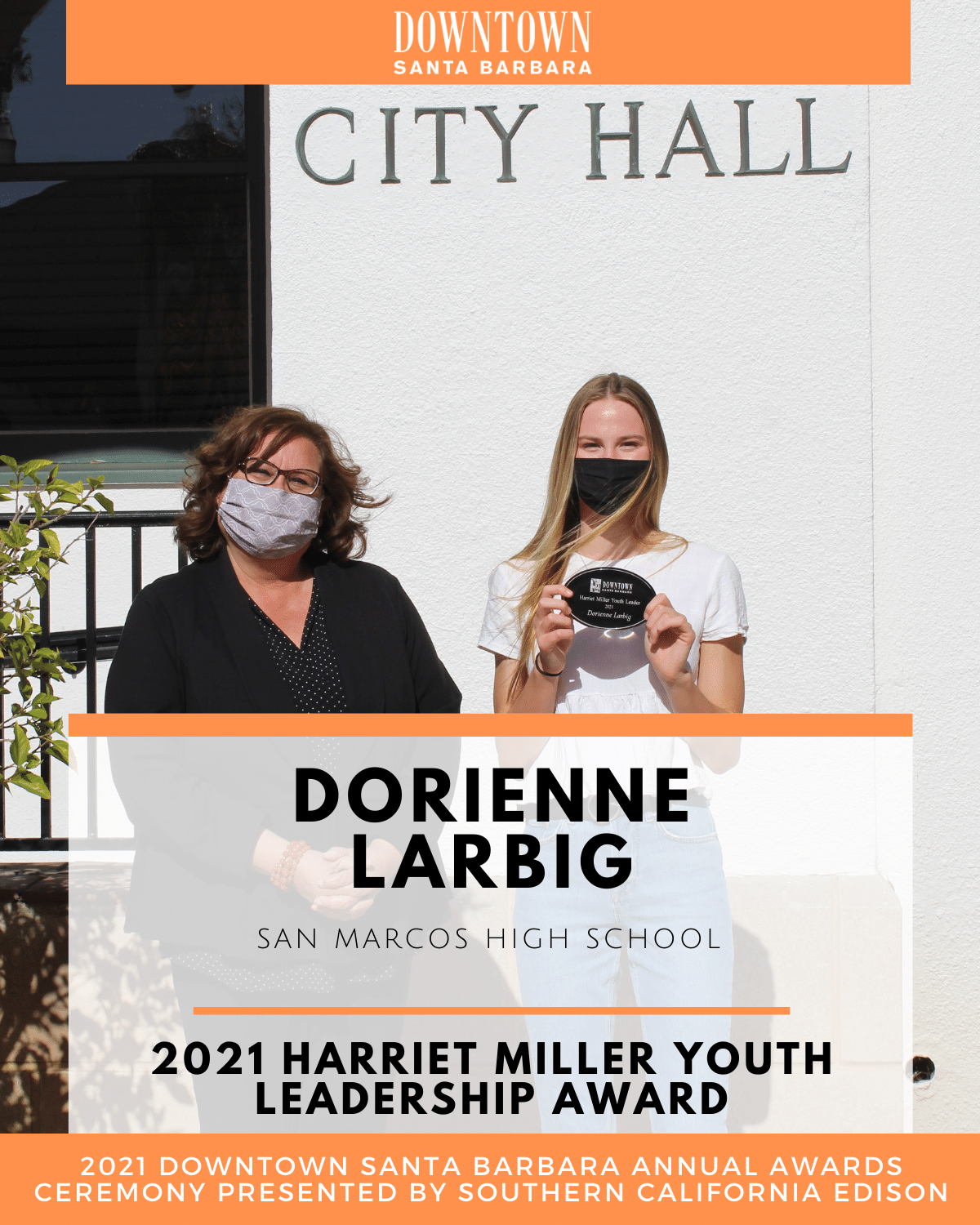 Larbig has logged over 590 hours of community service and maintains an above A grade point average. A few of her various roles include advocate parliamentarian for her school’s student council, Swim Team Captain, Girl Scout Troop Ambassador and Beach Lifeguard. As a young leader with a love of the ocean she created a campaign called Mylar Mistake to educate the community on the hazardous impacts of Mylar balloon plastic pollution on the environment.

The Economic Development Collaborative was awarded the Business Champion of the Year, which was accepted by the Director of Communications Clare Briglio. This organization fielded hundreds of calls daily in English and Spanish supporting businesses to navigate the challenges of the pandemic, apply for grants and loans, and organized business task forces and resources

bi-weekly to connect and distribute resources to area partners. The award was presented by Sarah Sinclair of The Santa Barbara Independent.

Chief Lori Luhnow received recognition for her years of service after her recent retirement as Chief of Police for the Santa Barbara Police Department. In her acceptance speech, Chief Luhnow says that she “accepts [the] acknowledgment due to the compassion and dedication of all the men and women that work with the Santa Barbara Police Department.” She stated that she is “glad that this year has proven the theory that public safety is a shared responsibility and,” that “they’ve come with partnerships, relationships, collaboration, and that highlights what I think is going to be needed to keep our community safe and resilient and provide for future success.”

Downtown Santa Barbara represents more than 1400 downtown merchants and property owners. The organization sponsors programs, activities and events throughout the year, including the Holiday Parade, the LIVE Art & Wine Tour, the decorative State Street Flag Program, and the monthly 1st Thursday Art Walk. This year however, we were not able to have many of these events and we created events to help promote and assist small businesses around downtown such as the Downtown Business Spotlight, Instagram Live interviews, PPE distribution, and the weekly Thursday State Street Promenade Market.